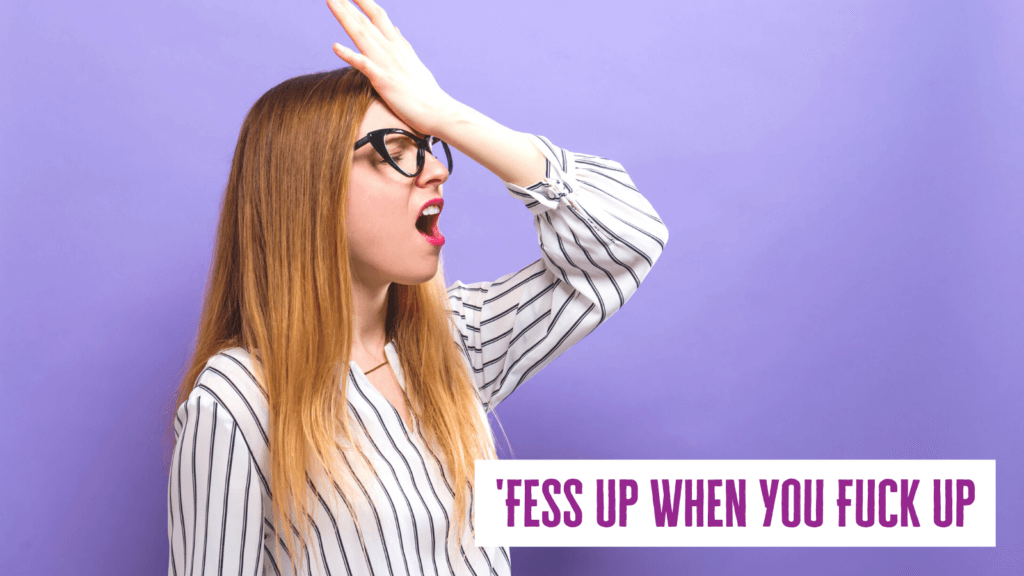 Last year I was too attached to the outcome of a scene/performance and I acted in a way that I’m not terribly proud of. Of course it’s difficult to admit to mistakes, especially when perfectionism is something of struggle, but I think it’s important to talk about times when things don’t go as planned. It’s the best way to make sure that unsafe behavior doesn’t happen again. It’s human to make mistakes, it’s enlightened to try and learn from them.

Going into Iron Slut (run by the oh so fabulous Reid Mihalko) I wasn’t sure exactly what I was getting into. Most of the other people who had participated in it before that I knew were sex performers, while as I am someone who expresses sex through kink. I wanted to make sure that the audience understood (and would still be satisfied) even if I didn’t perform a radical sex act on stage.

Trying to think of a way to “wow” the crowd while respecting my own boundaries, I came up with the idea to use a newly acquired (well, still acquiring) skill of double single tail whips while popping a couple of balloons off a rubber banded dick. Like a kinky circus act. Fantastically fun idea, however it arrived a tad to late for me to actually practice before heading to the event.

I’m confident in my whipping skills, though the double aspect is rather new. I assumed that I would be able to figure it out on the spot (I tend to be fairly good at that).

However, the lack of preparation resulted in a less than desirable performance. Popping the balloons became my entire focus, rather than engaging the audience (who had paid to come to an educational experience). Then at the end, popping those balloons became paramount, even above safety. I was determined to pop that second balloon. My swings started to get wilder and with more force behind them. I did the exact thing that I always warn against in my classes, which is swing from the shoulder for the mere strength of it. Because when you do that, your aim suffers. The human person that I was playing with faded into the background of my mind, and my need to pop the balloon (and therefore complete the task I had set for my performance) was all that was in my focus. As a result, a few stray strikes hit his skin in places that I would usually go to great lengths to avoid.

I’m grateful that I was playing with a really wonderful bottom, someone I’ve known for almost a decade and who trusted my skills. I am grateful that he stood like a rock while I attacked that defiant balloon, and I’m grateful that the audience safeworded on me to help shake me out of the need of completion. I most especially grateful that he was not actually ‘hurt’ in any way due to my mistaken mindset.

I take the safety of the submissives that I play with very seriously. But I am human, and even though I’ve been doing this full time, for a very long time, I still make mistakes. Ultimately it was not an overly dangerous mistake and the lightly marked bottom felt entirely fine about it. But it was an important reminder for me not to EVER lose focus on the person that I’m playing with, even when there’s a performance aspect of it. And the lesson I hope to share, whether you act out your fantasies at public dungeons or in the privacy of your own homes. Dominants & Tops need to always be vigilant to be worthy of the trust that is placed in us. Don’t get so attached to the outcome of a scene that you lose track of the journey and of the safety of those that are a part of our fantasies and experiences.