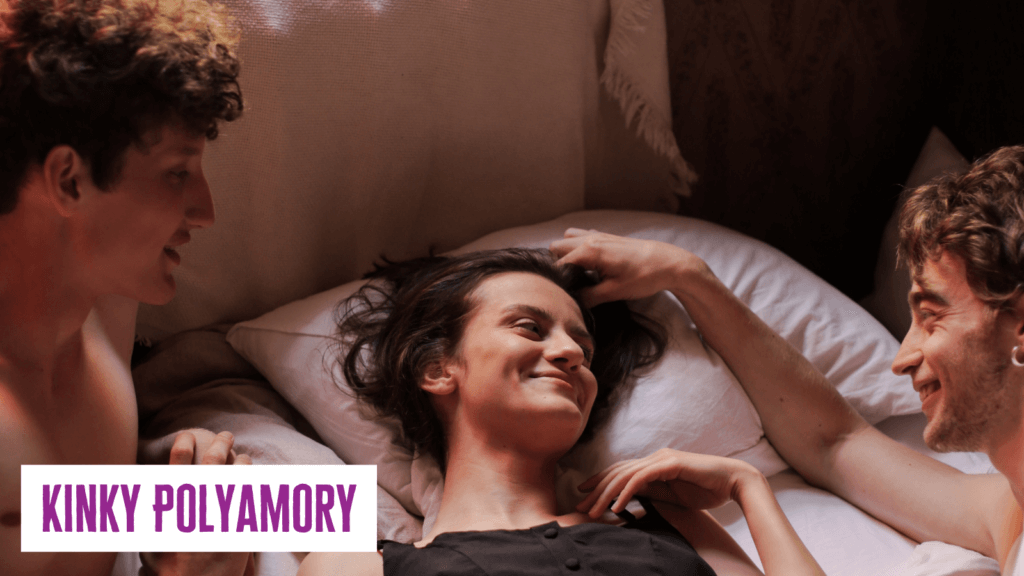 A while back I did an interview with Cunning Minx for her podcast Poly Weekly and we talked about being poly AND kinky. I shared my experience of having multiple submissives for many years and that even though we didn’t have a traditionally “sexual” relationship I still identified (and still do) as poly because the important aspects of emotional support, communication and fulfilling needs were a big part of our relationships.

Not all poly people are “kinky” and not all kinky people are poly. But polyamory is pretty common in the kinky world, there’s a lot of cross over.

Kinky-polyamory might be based on Power Dynamics and the hierarchy of each of the individuals within that Dynamic. Four examples of how this type of structure may work are:

As some like to joke “Polyamory is about having relationships in which you might fuck. Swinging is fucking without the *need* for a relationship” and I’ve personally found that true. Even though I don’t have actual intercourse with my submissives (I currently have more than 4 active submissives) I still feel very connected to them and their well-being.

Kinky-Polyamory may also be based on activity without any power dynamic at all. Different relationships might be built on shared interests, for example someone might do bondage scenes with one person and impact play with someone else.

Regardless of what ‘kind’ of kinky-poly relationship you’re in (or want to be in) be prepared to deal with similar issues from BOTH sides. Luckily, a few of Kink Academy educators have some suggestions on how to do that!

Pitfalls of Non-Monogamy by Makael Newby

Have you ever been in a kinky-poly relationship? If so, what was it like? If not, have you ever thought about it?