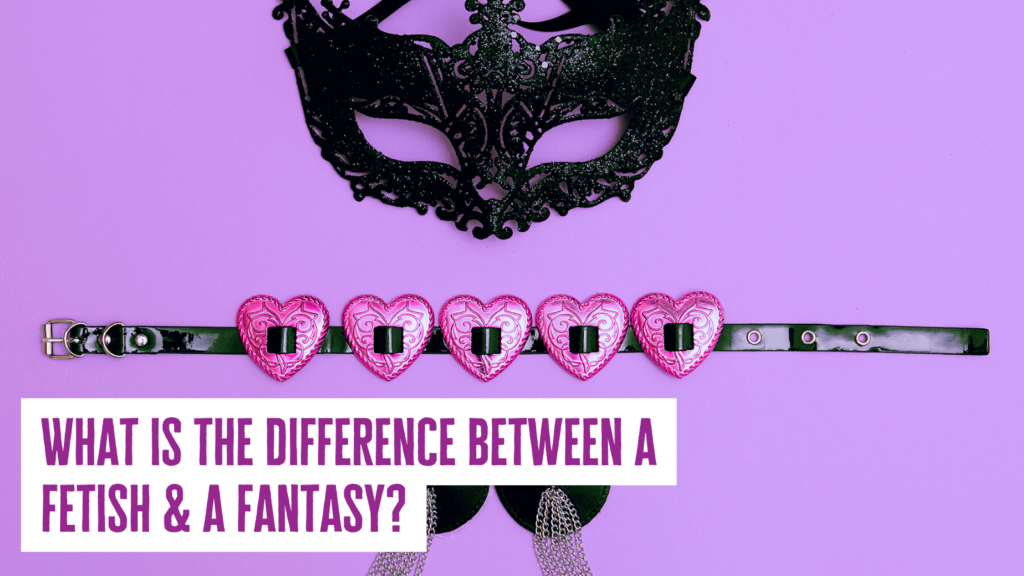 The term “fetish” is used pretty loosely these days to mean anything that really really turns someone on.

But there is an official definition, and here it is…

So when the term is used “correctly” it is referencing a sexual need that goes far past desire into necessity. For someone to have a clinical fetish that person would have to have the fetishized item or situation involved 100% of the time in order to reach sexual arousal and climax.

What people frequently mean when they say fetish, is “kink”. Of course, language is fluid. Everyone works from a different internal dictionary and people might have a variety of experiences of words.

Kink is also frequently used as an umbrella term for “the lifestyle” or as a sexual orientation. It can be used to describe a collection of activities (“kinky sex” might include some bondage or spanking, etc) that are enjoyed during sexual play.

However using fantasies to fulfill a fetish (or kink!) can be a great compromise when the fetish (or kink!) is difficult or impossible to enact. For example, I’ve known many foot fetishists that fantasize about feet while having more traditional sex. This is helpful when one partner isn’t interested in the others fetish (or at least not every time) so that both can still have a happy sex life.

Bottom line, language and terminology are not worth getting hung up on. We fantasize about our fetishes and fetishize our fantasies. As long as we’re all getting (consensually!) what we need to feel sexually satisfied then that’s what’s important!

Posted in Blog Post and tagged fantasy, fetish, kink
← Struggling With Submission As A WomanTeaching Kink is like a Soulgasm →